On Jan. 21, 2017, an estimated 500,000 people attended the first Women's March on Washington, DC. It followed Hillary Clinton's historic campaign as the first women nominated by a major party to run for U.S. President. As one of the more significant gatherings on the National Mall, it will forever be compared to other historic events, such as presidential inaugurations, the 1963 March on Washington, and the 2018 March for Our Lives to end gun violence. The Women’s March on Washington brought a continued focus on women's issues and was mirrored by sister events across the nation and around the world. The political views expressed in the signs below are those of the march organizers and attendees and are shown here for educational and historical preservation purposes. 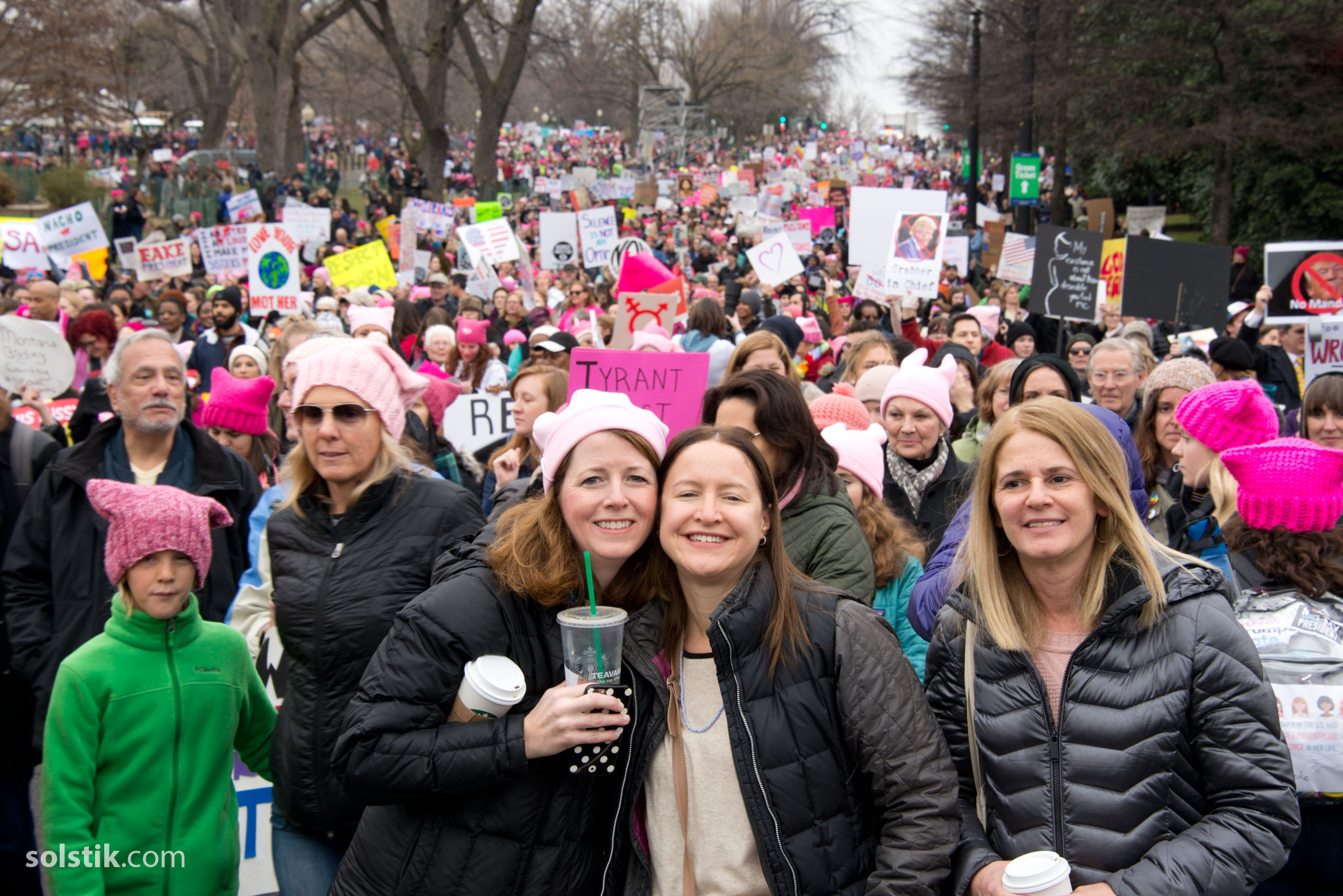 The march began early in the morning on Independence Ave. near the U.S. Capitol. 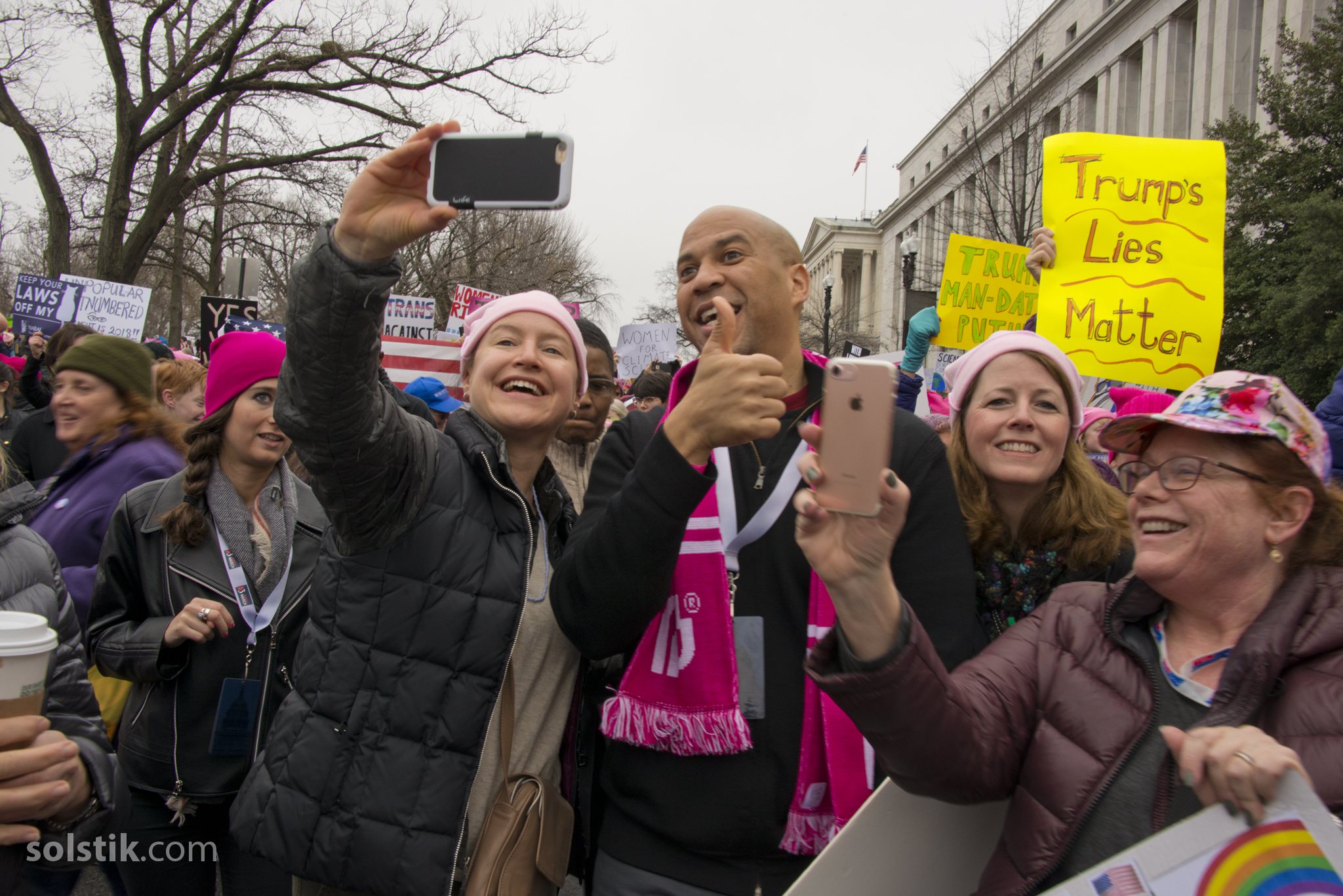 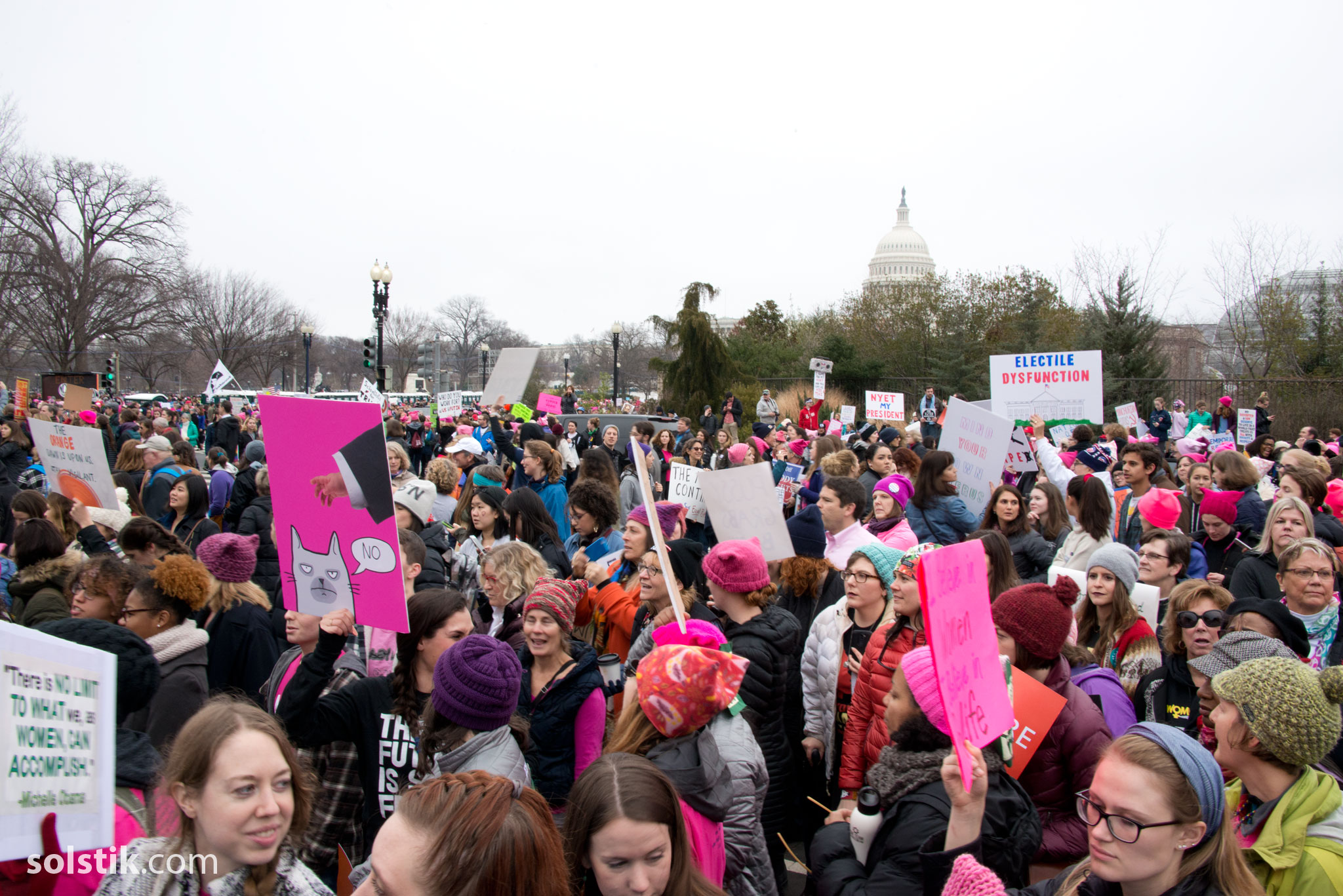 The march proceeded past the Capitol in the background. 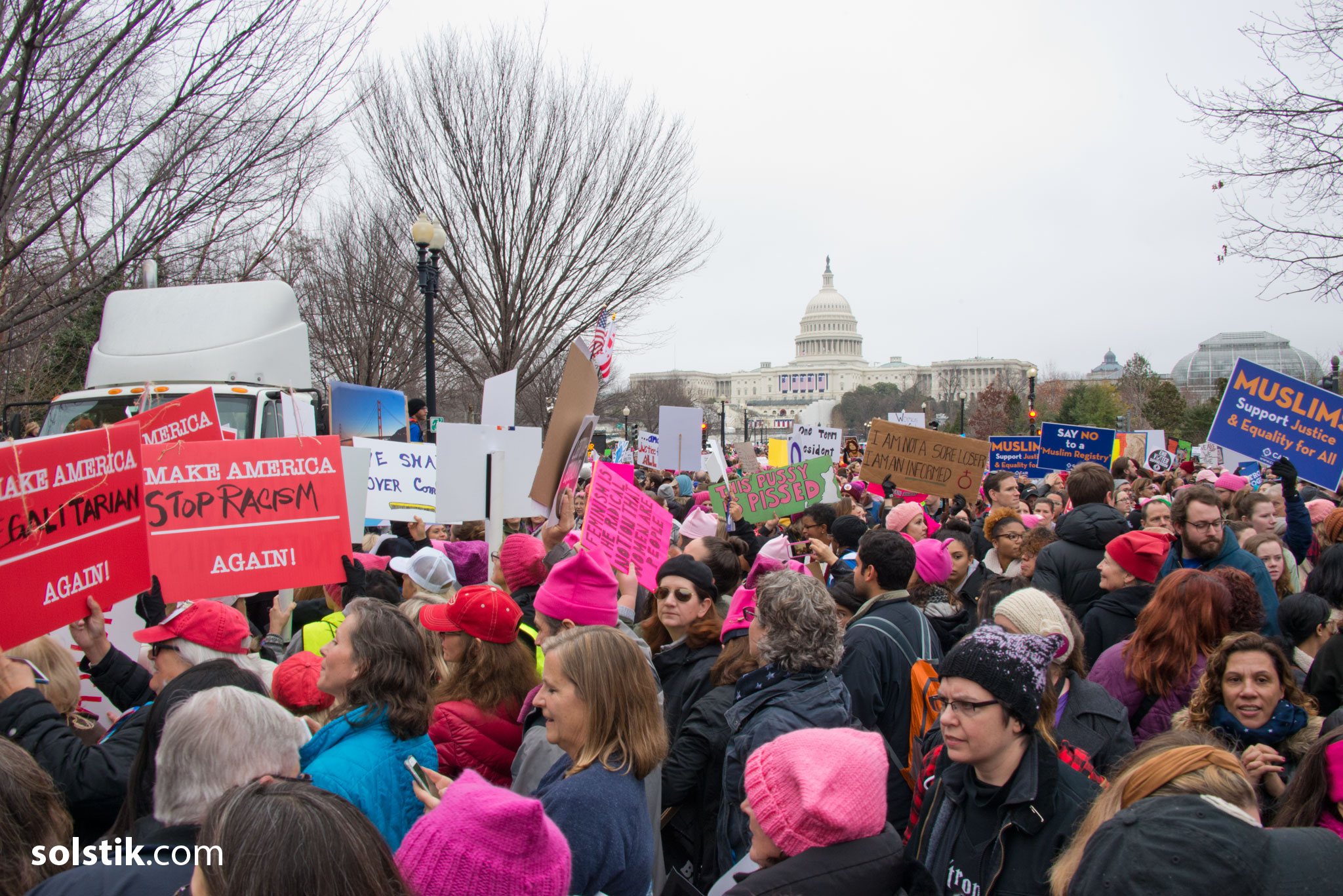 Marchers advocated for a host of social issues. 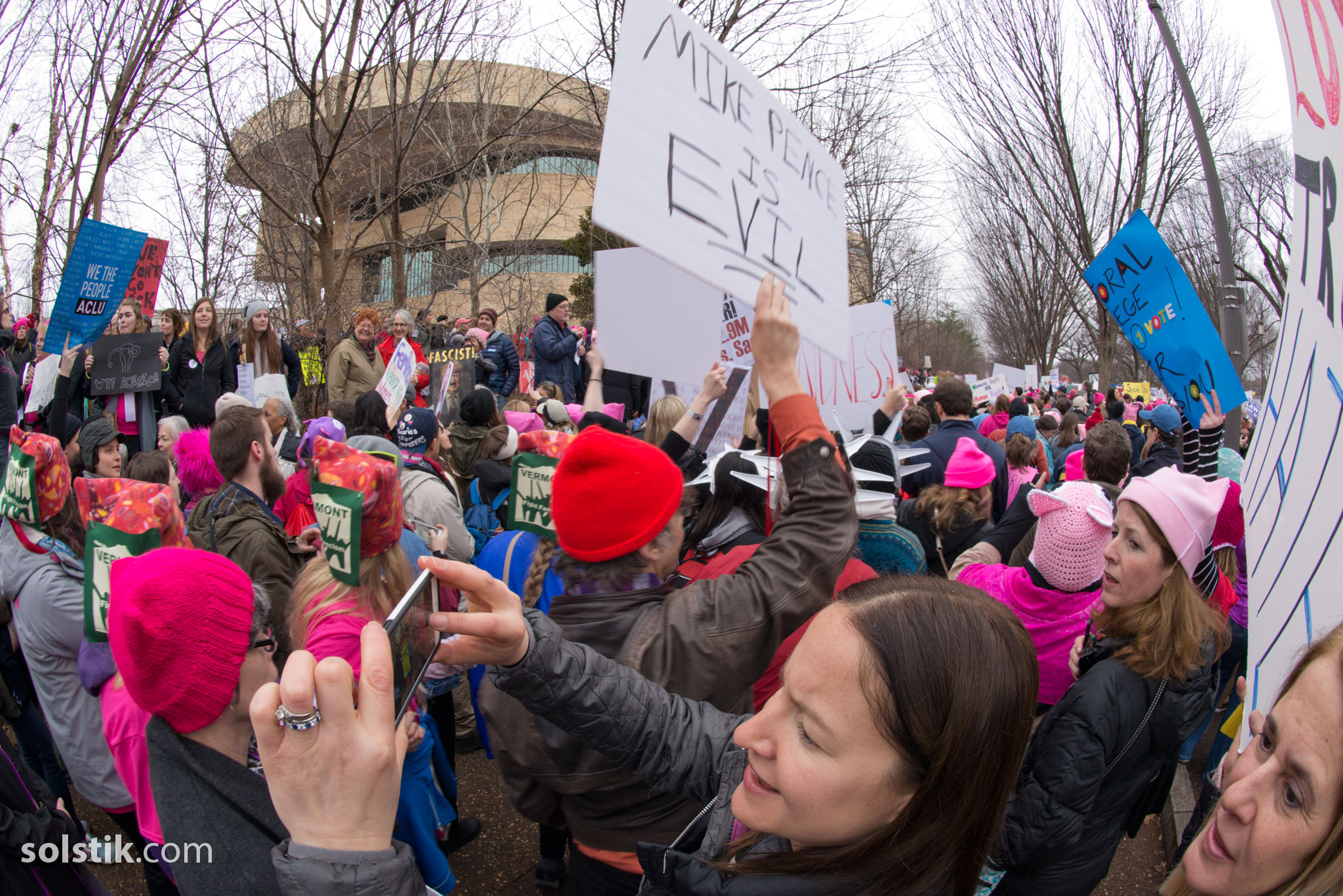 Images were captured and shared on cell phones. 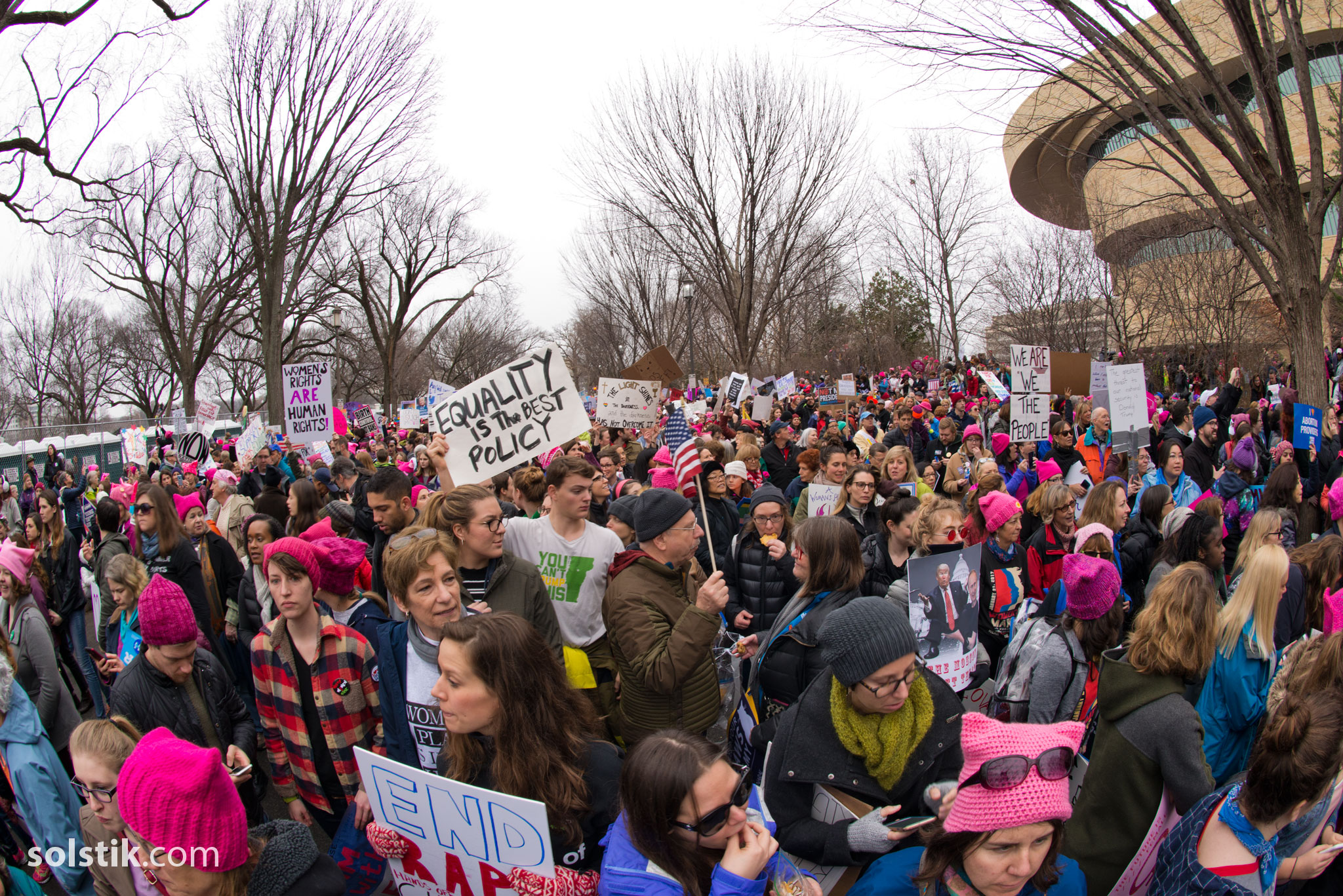 The starting area wrapped around the National Museum of the American Indian. 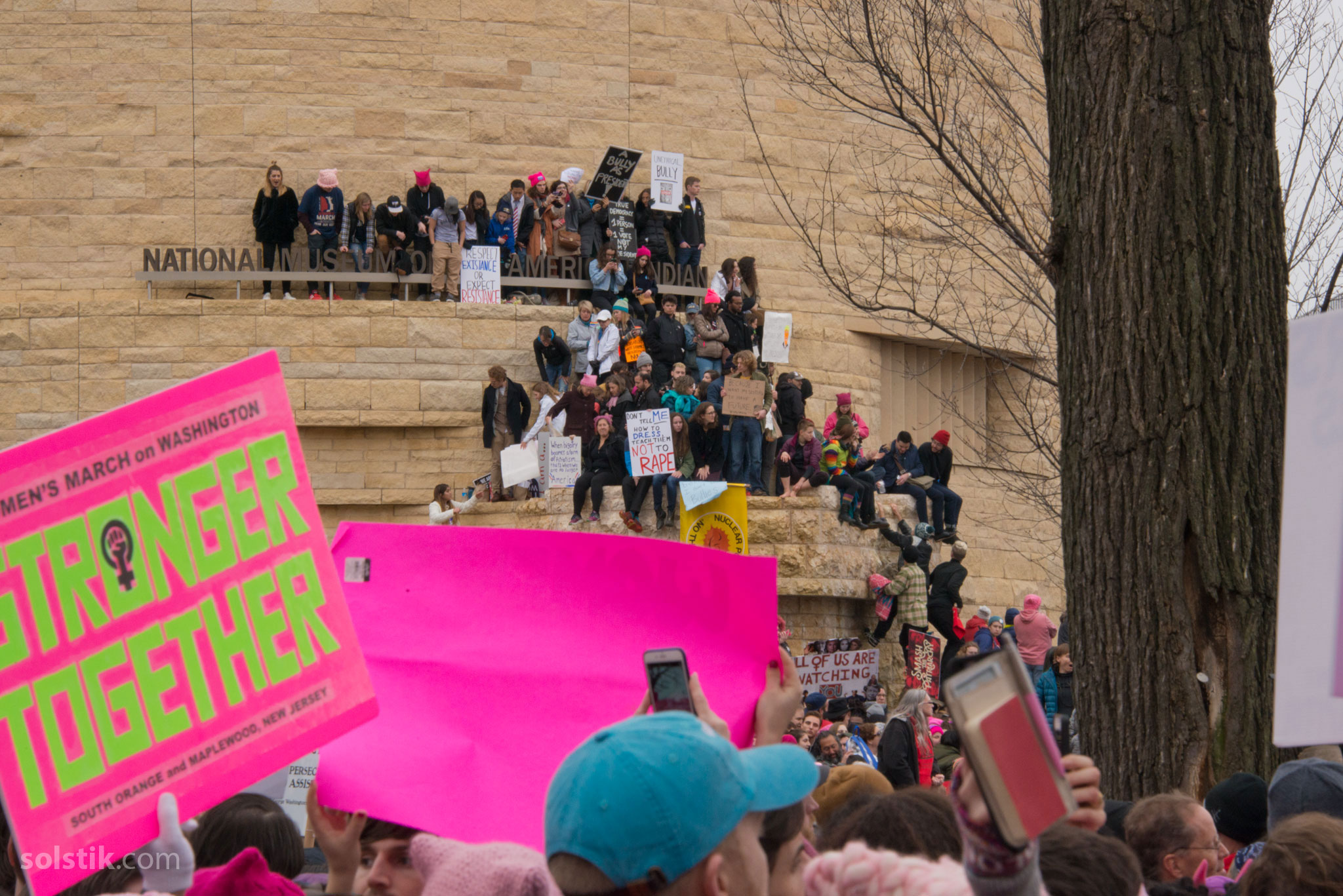 Marchers perched on the National Museum of the American Indian. 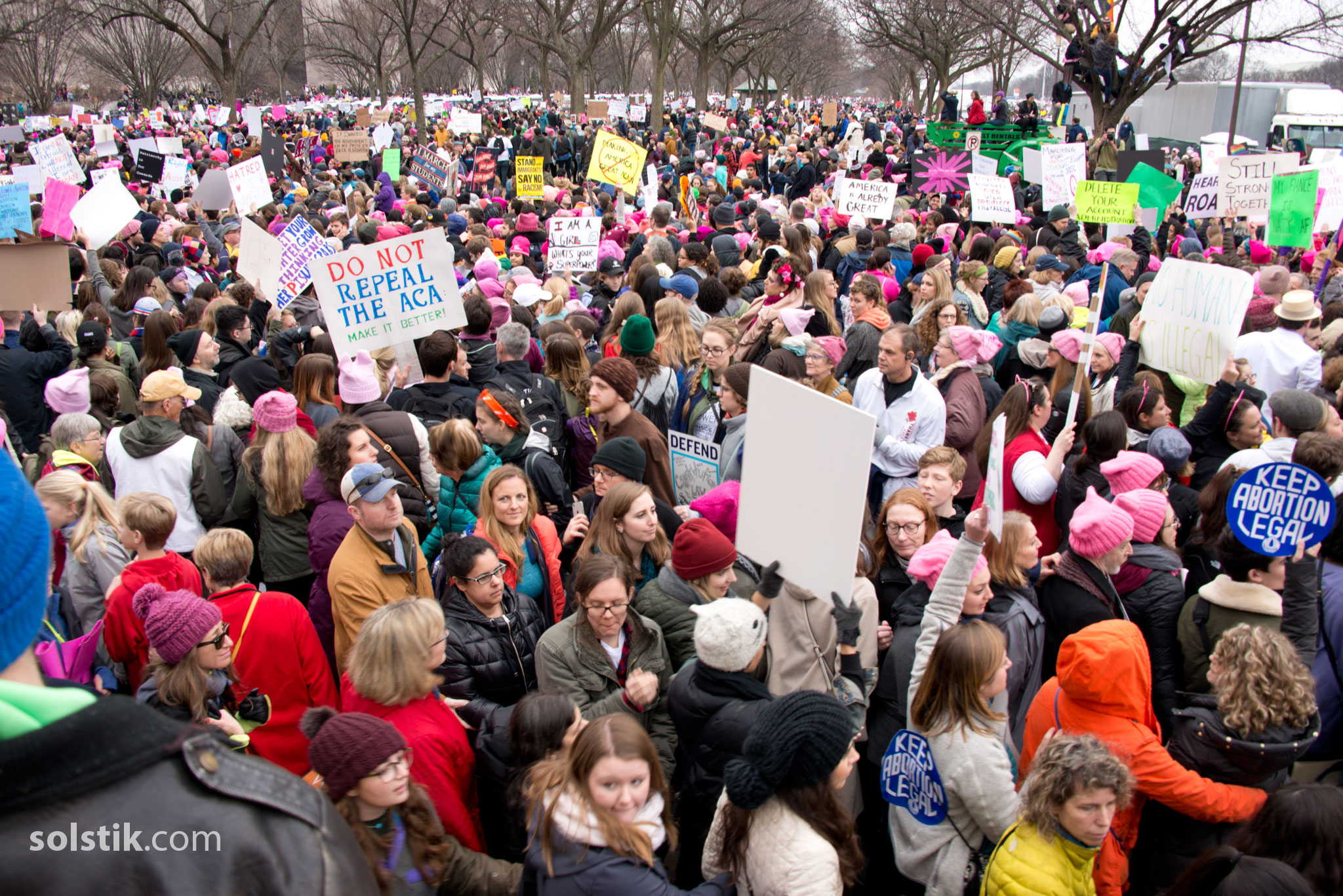 During the day, we had no idea how far the crowd extended down the National Mall, as there were people as far as we could see. 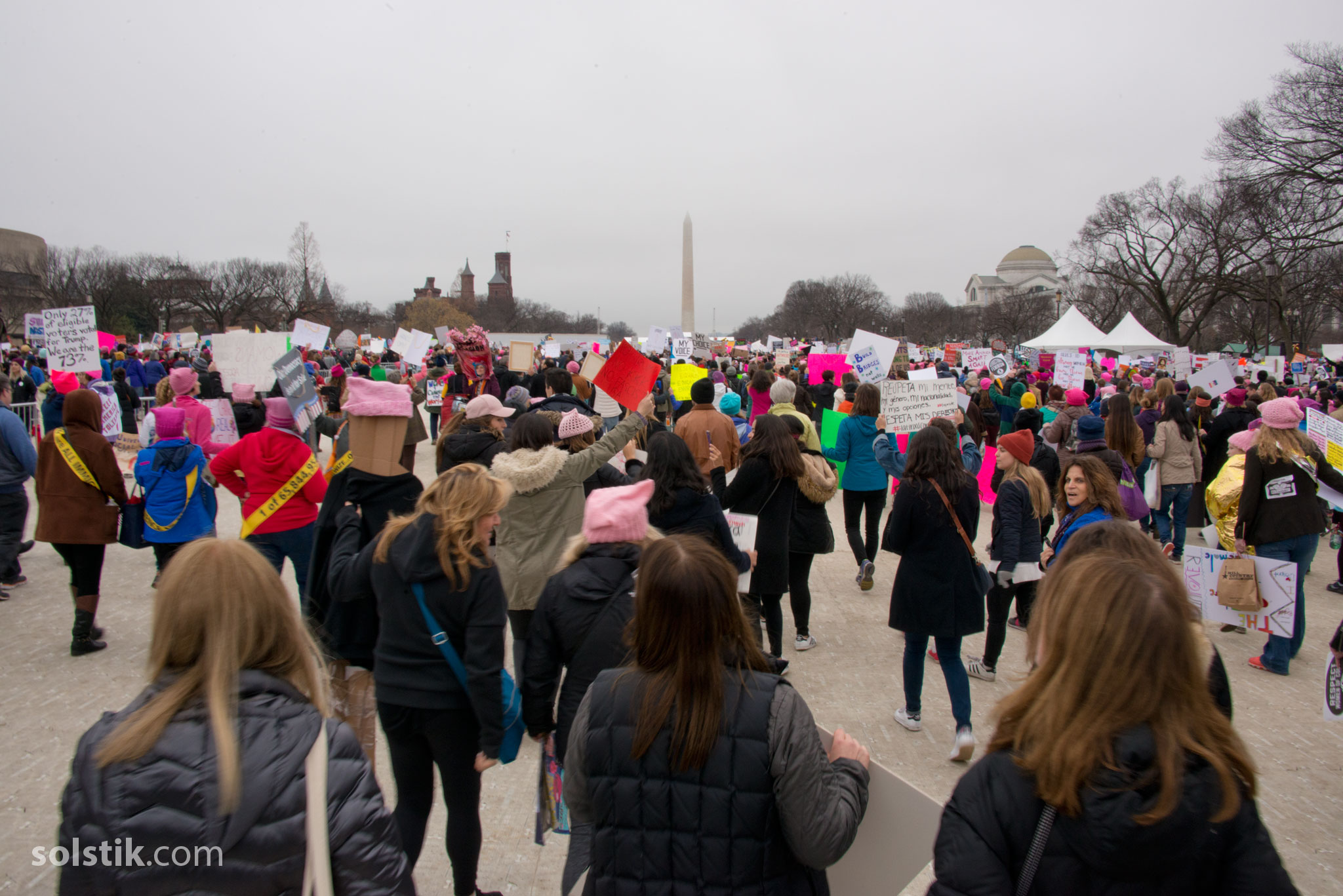 Around 2 p.m. the crowd headed toward the White House. 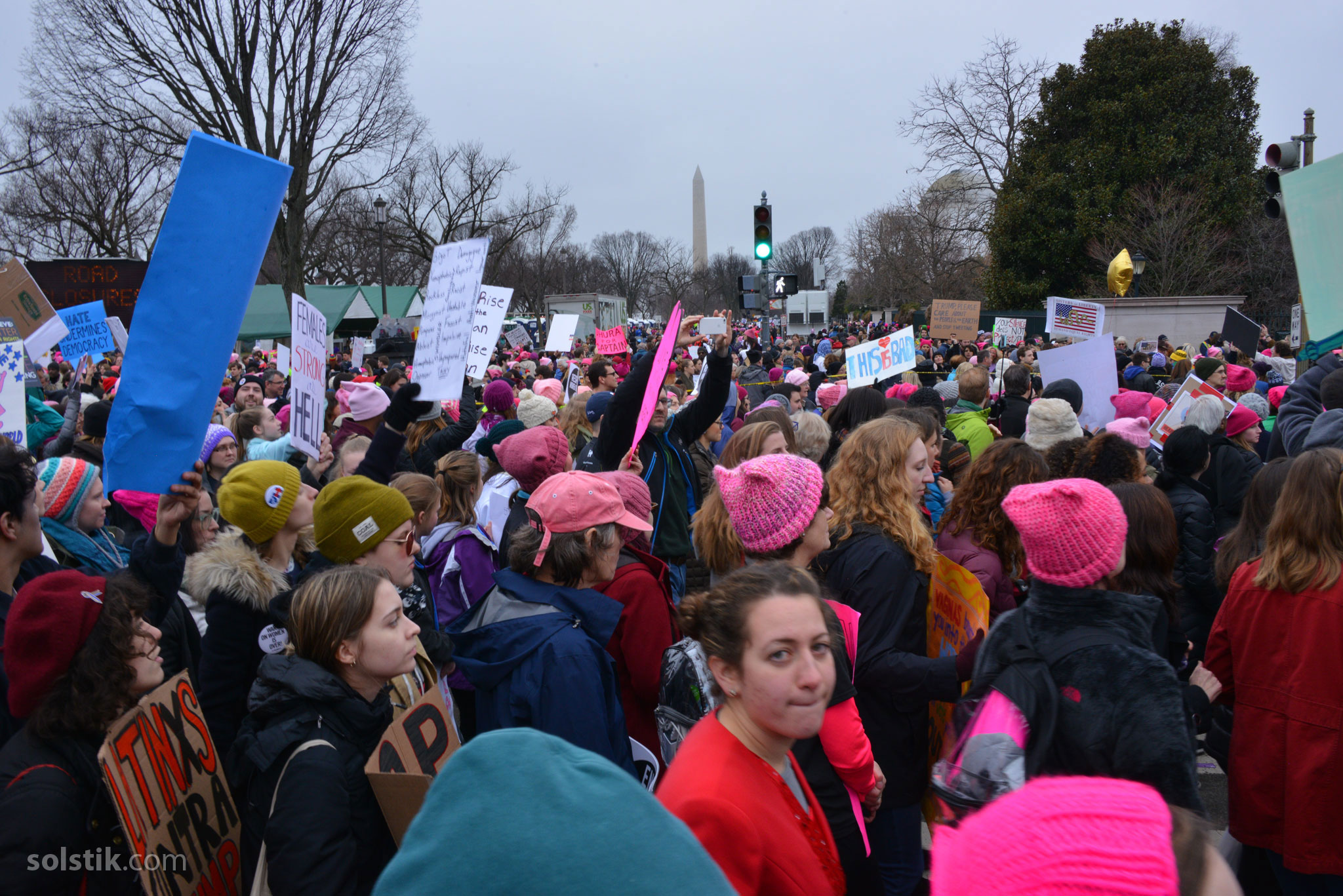 500,000 strangers came together for a common cause. 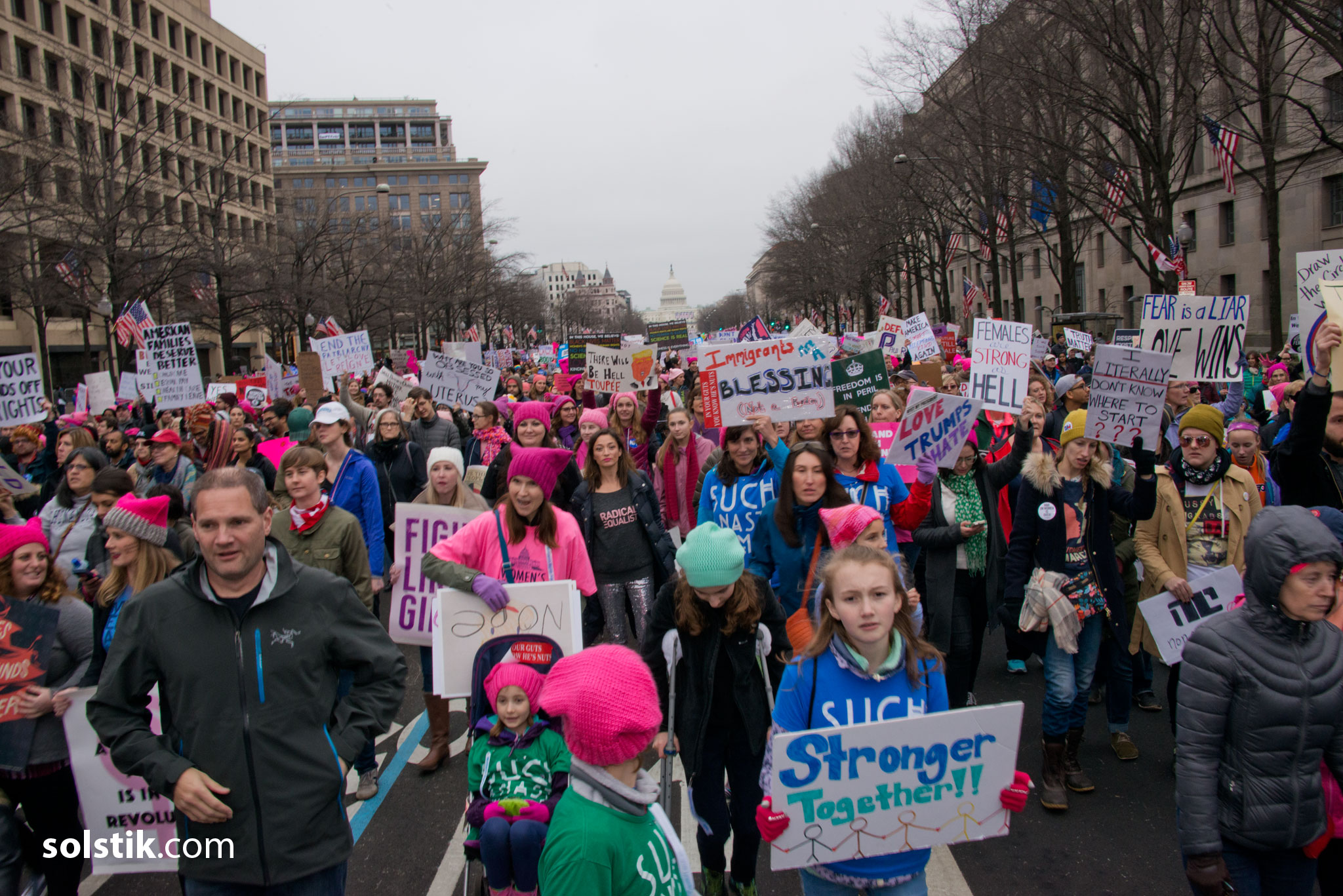 The walk down Pennsylvania Ave. 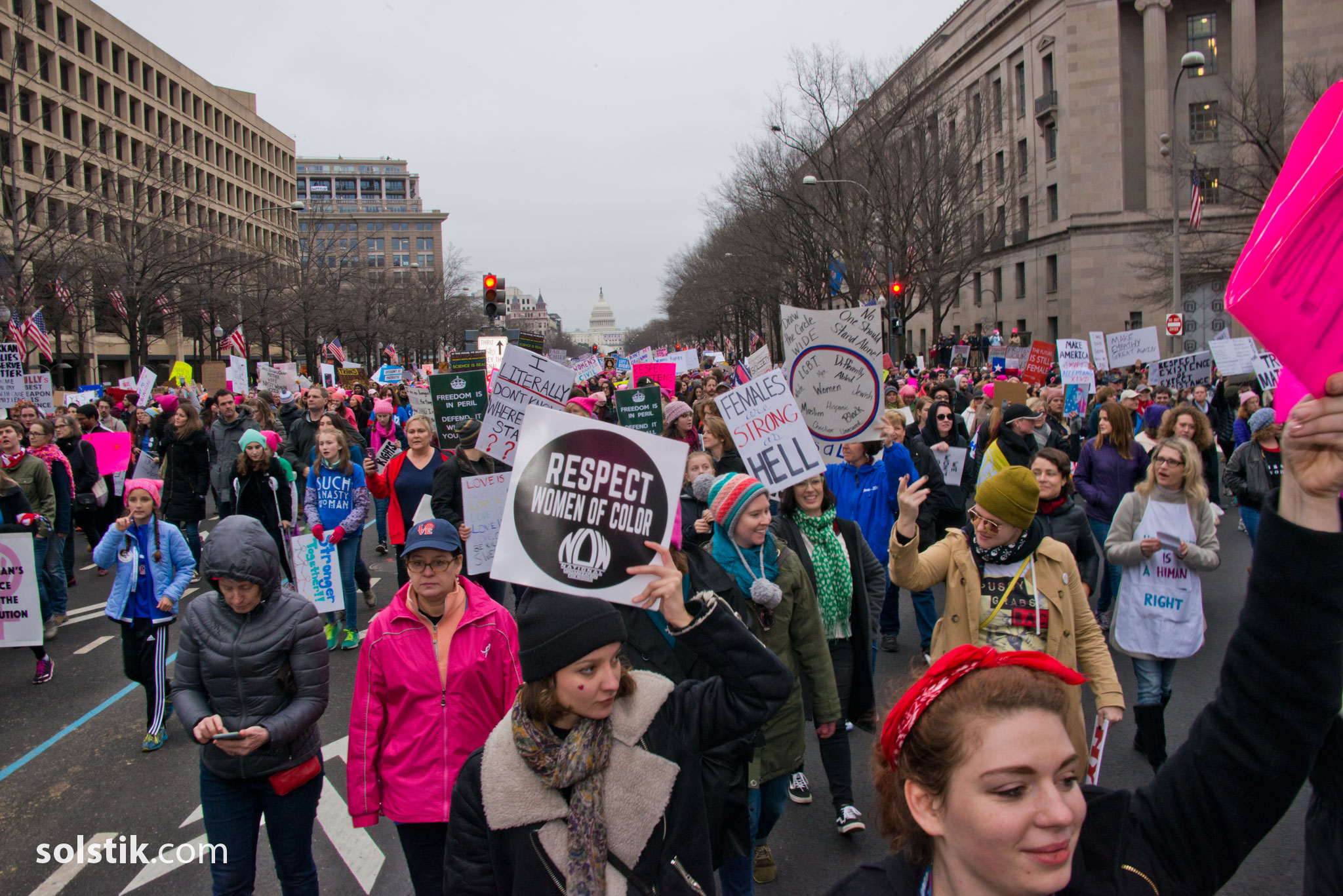 Showing respect for women of color. 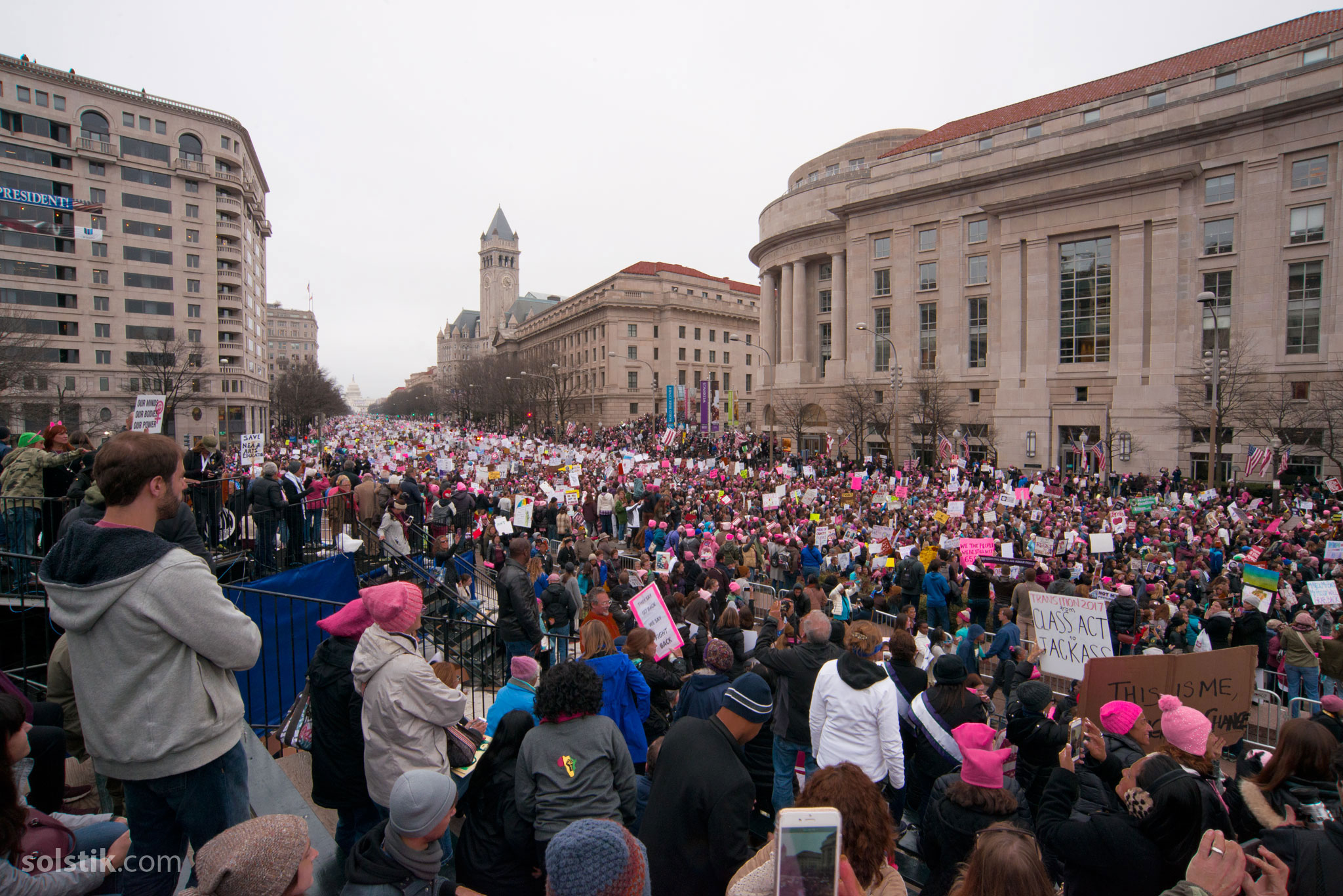 The view from Freedom Plaza on Pennsylvania Ave. saw people marching past the Trump Hotel and its clock tower. 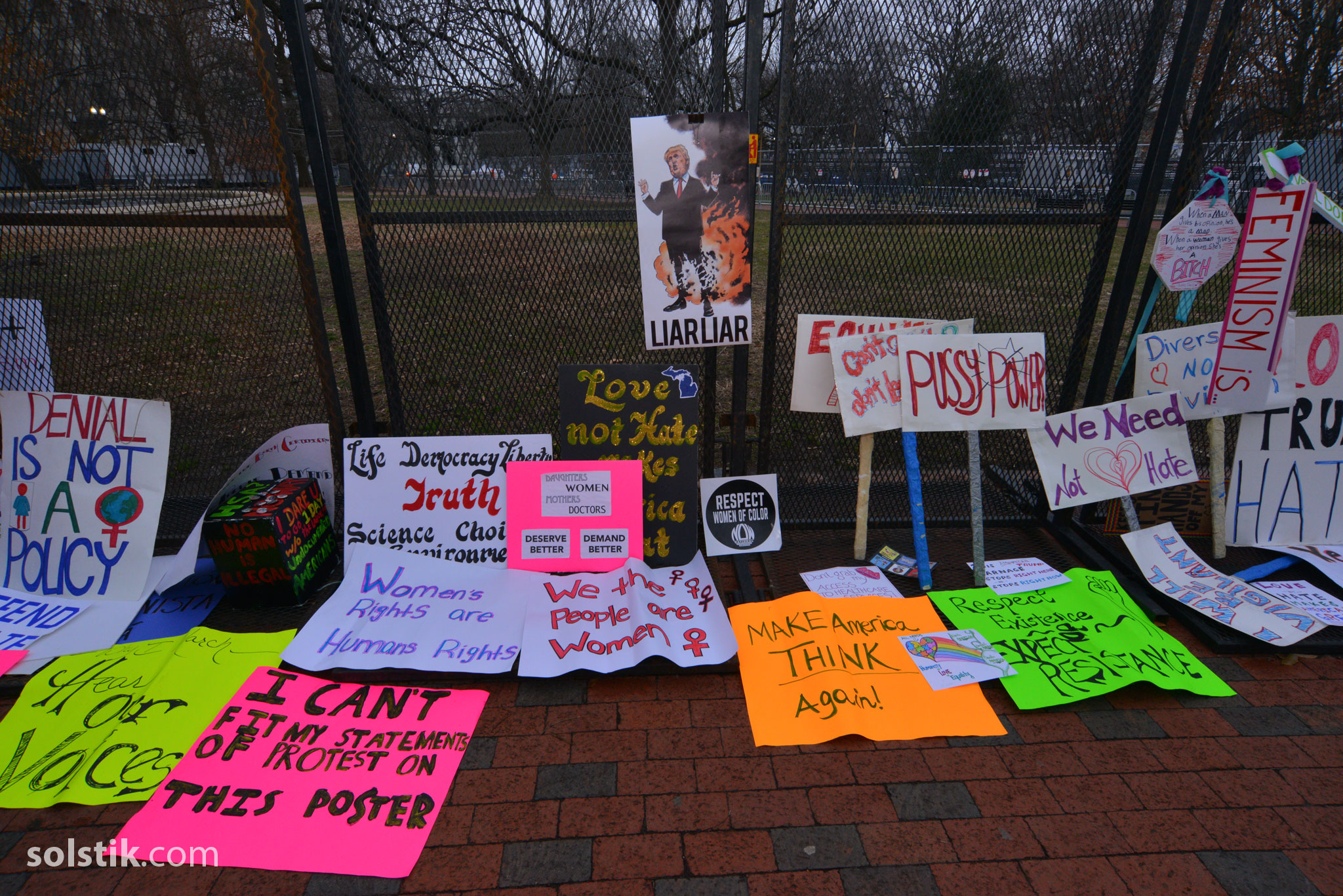 At the end of the day, people left their signs at the temporary fence put up around the White House for inauguration.