Skateboarders from the 1980s have grow up to find themselves running some major organizations — like the Kennedy Center for the Performing Arts in Washington, DC. The once outsider sport has become a recognized part of American culture and was celebrated at the weeklong Finding a Line: Skateboarding, Music and Media festival. Solstik DJed a three-hour set — then spent time finding lines on the ramps and capturing digital photo media.


- Head over to our Music Page to hear our sounds.
- Check out Solstik's bio on the Kennedy Center website.
- Take a look at more photos from the event. 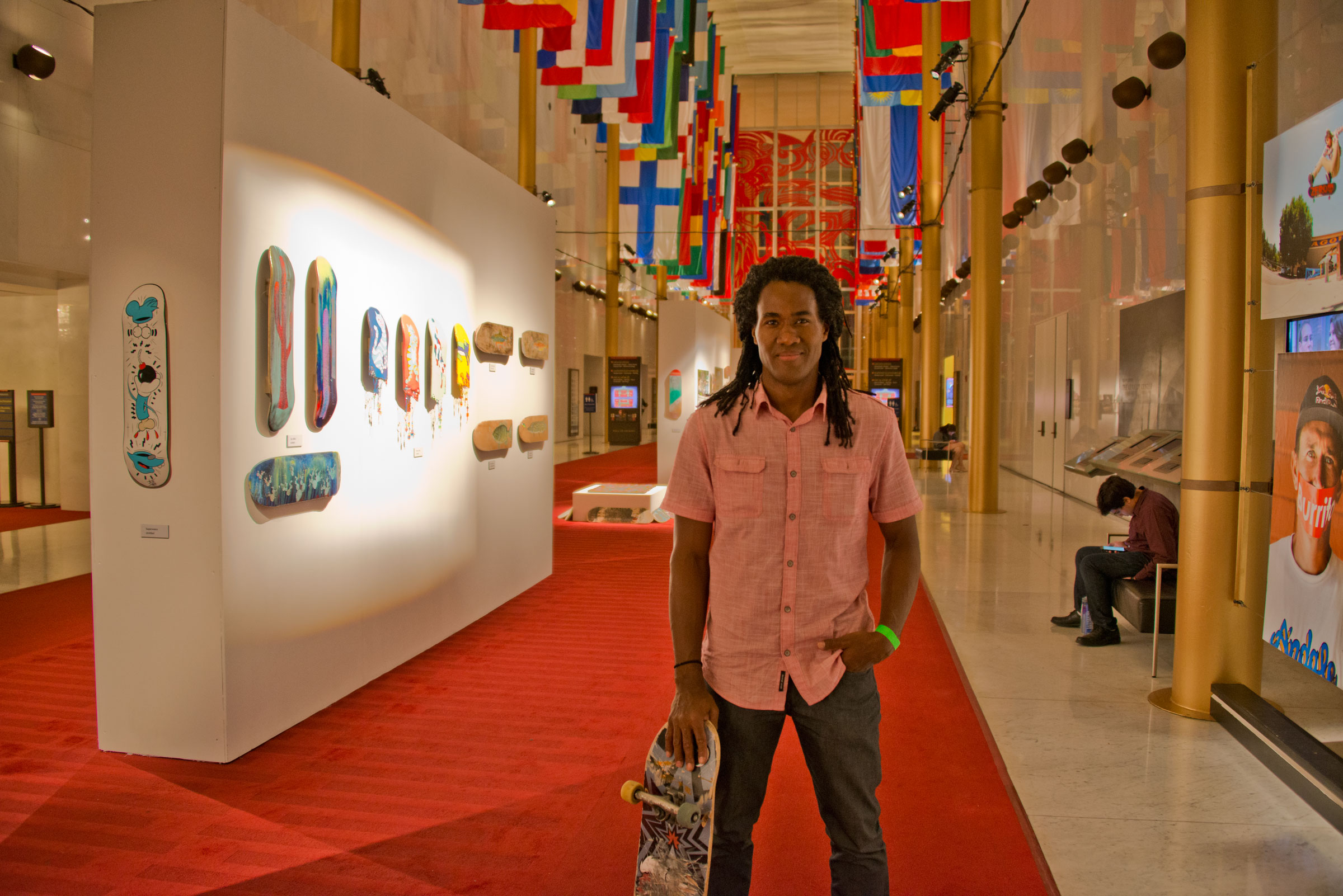 Solstik Music performing original songs at the Kennedy Center for the Performing Arts. 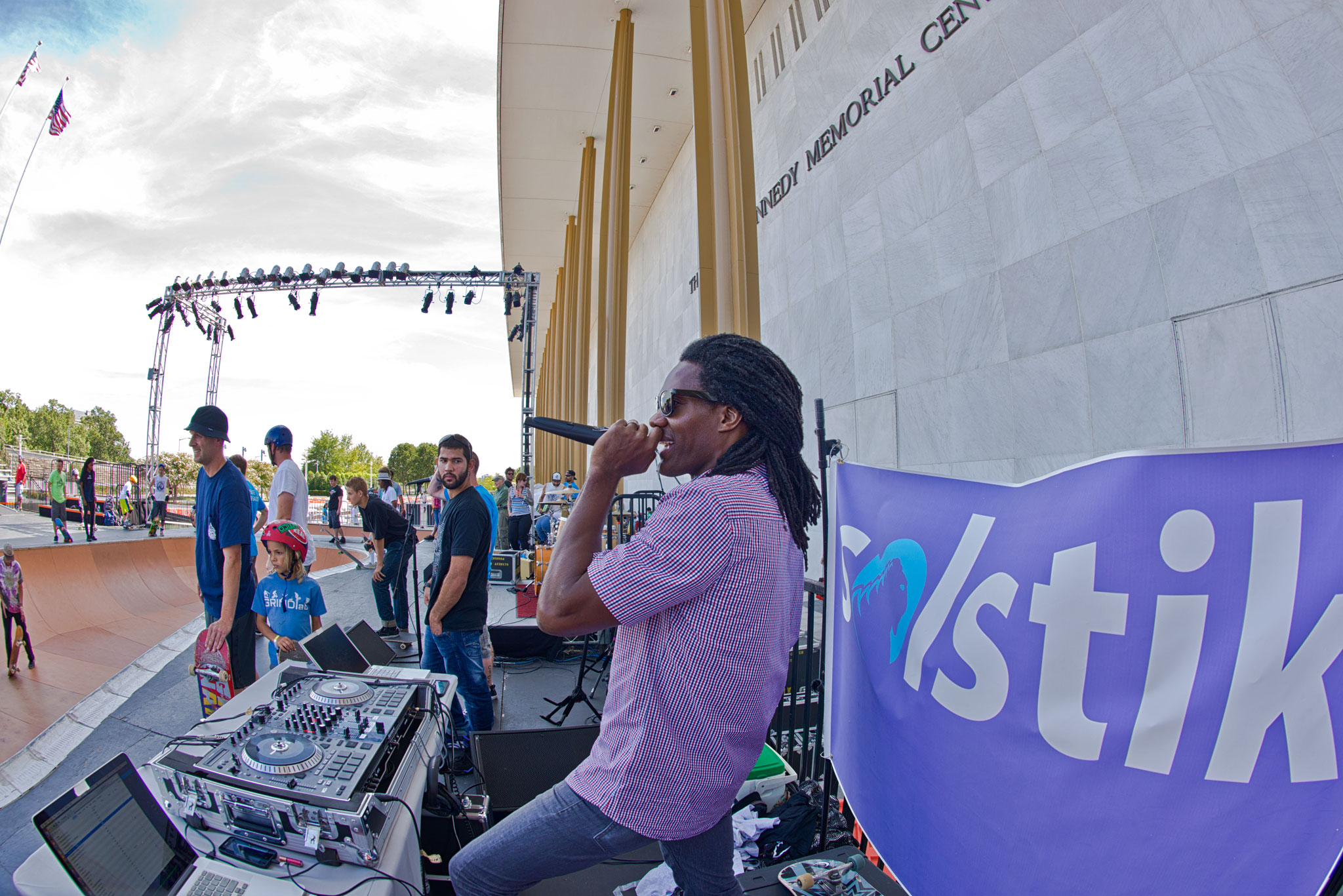 Solstik on the mic in front of the Kennedy Center. 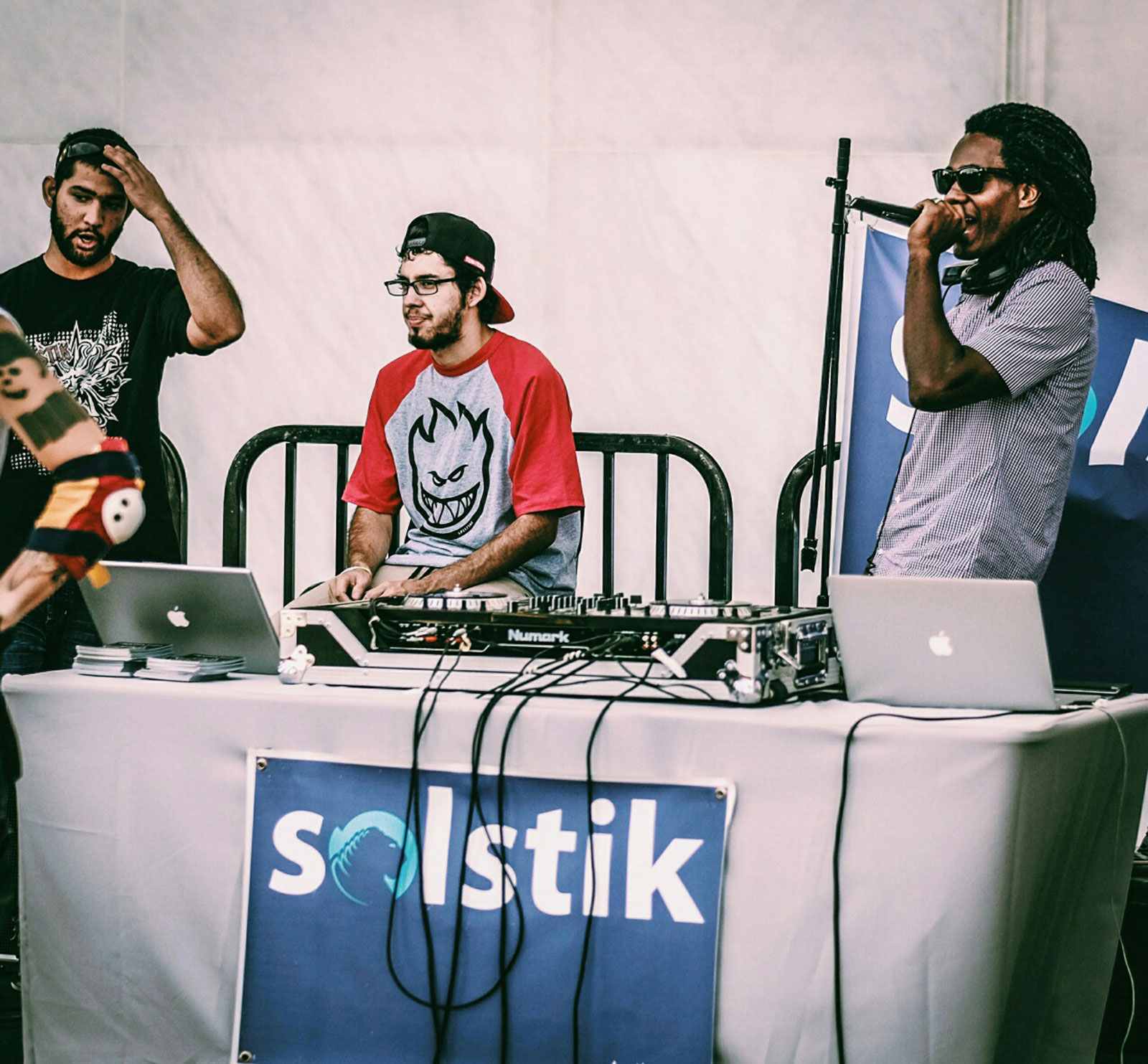 Hitting up the vert wall. 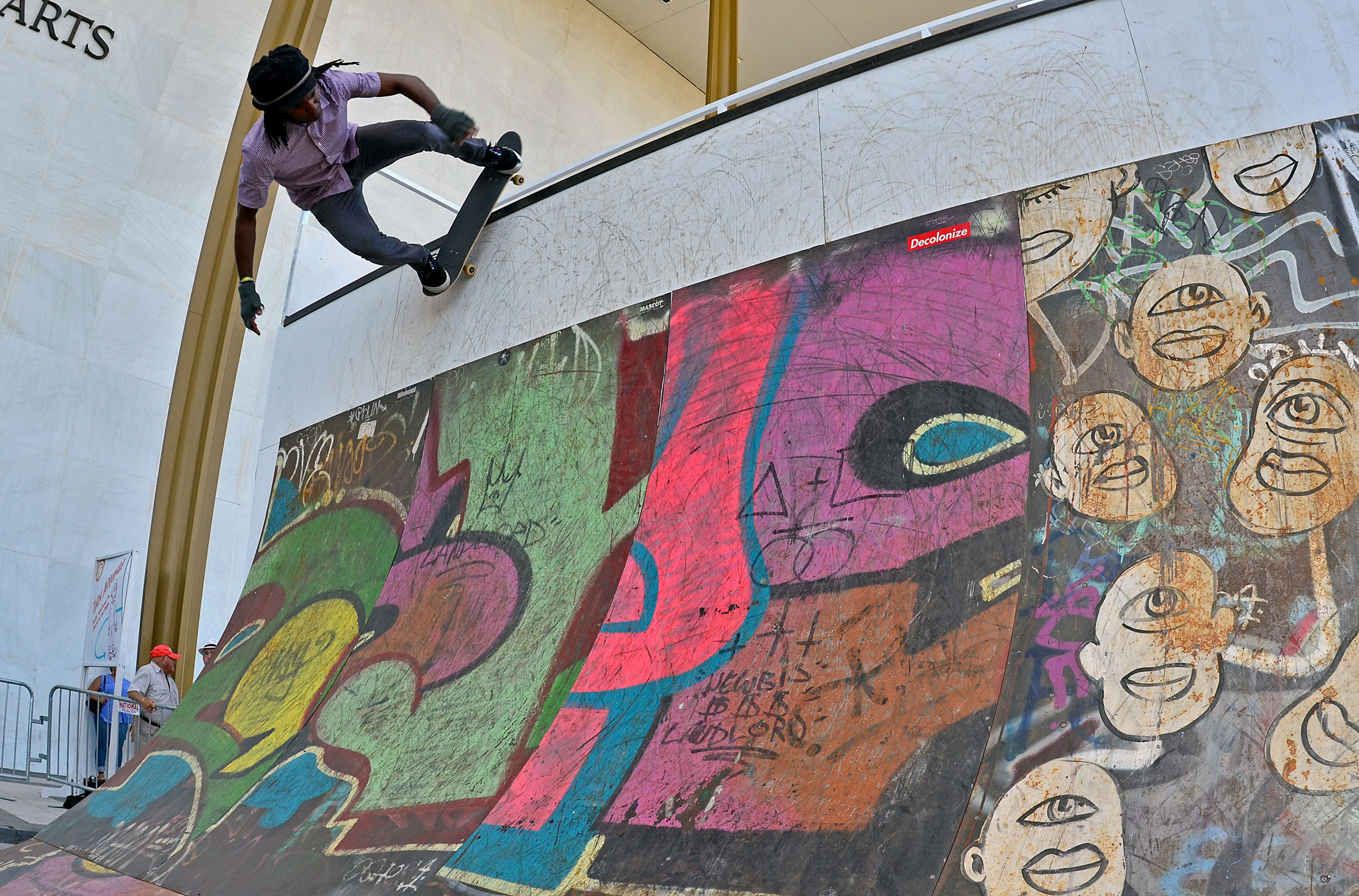 Giving it a little mix on the digital turntables. 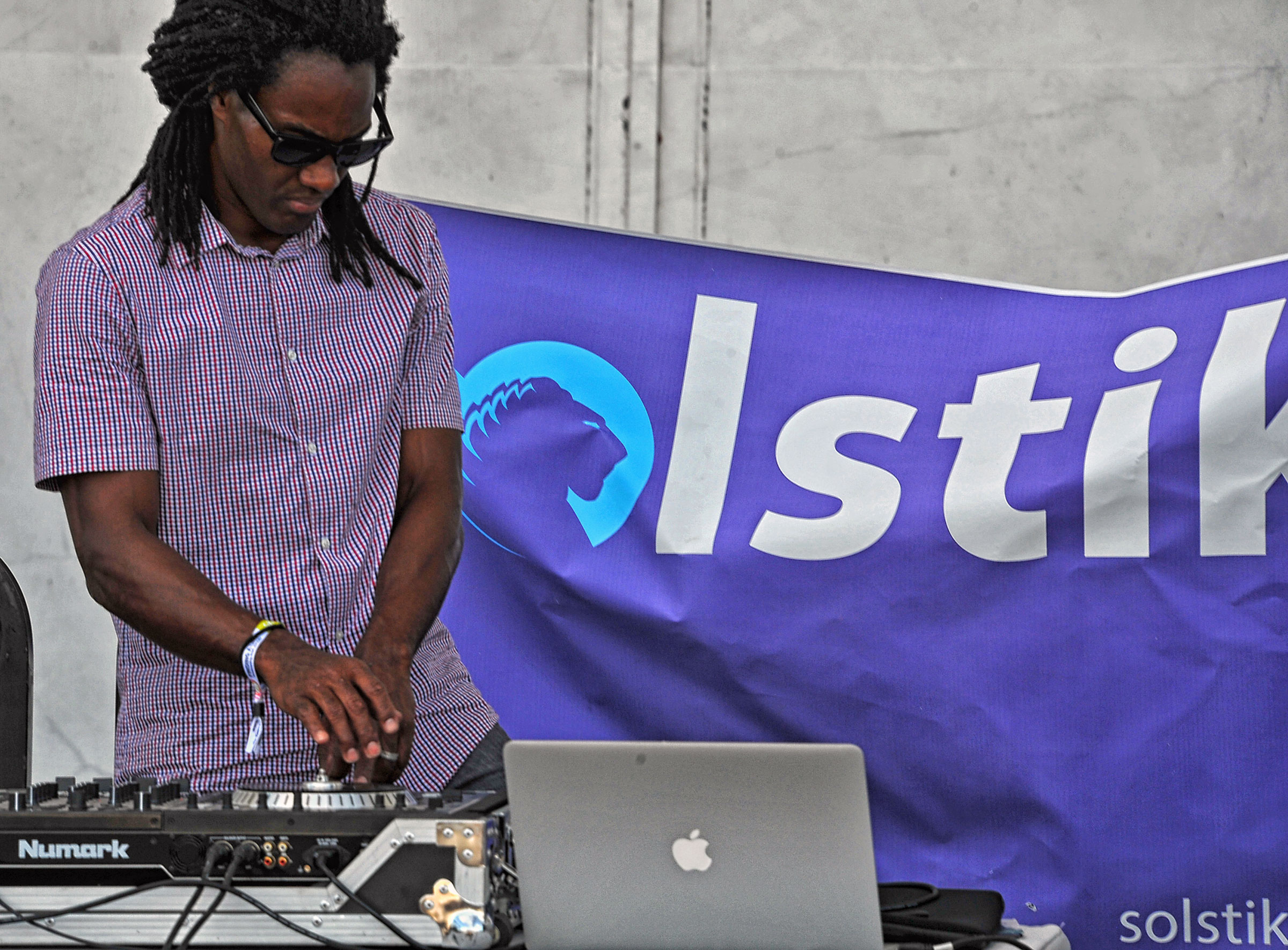 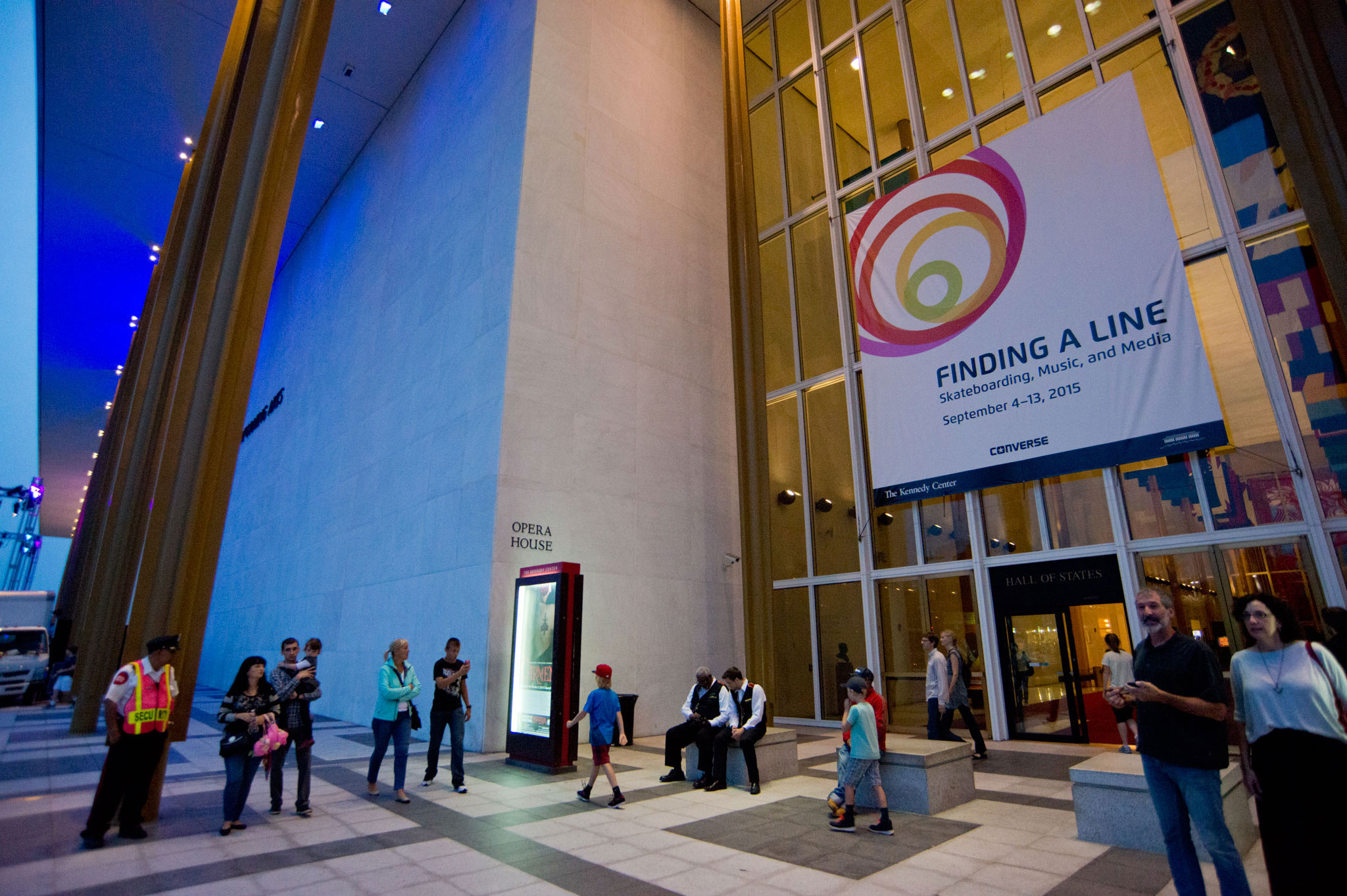 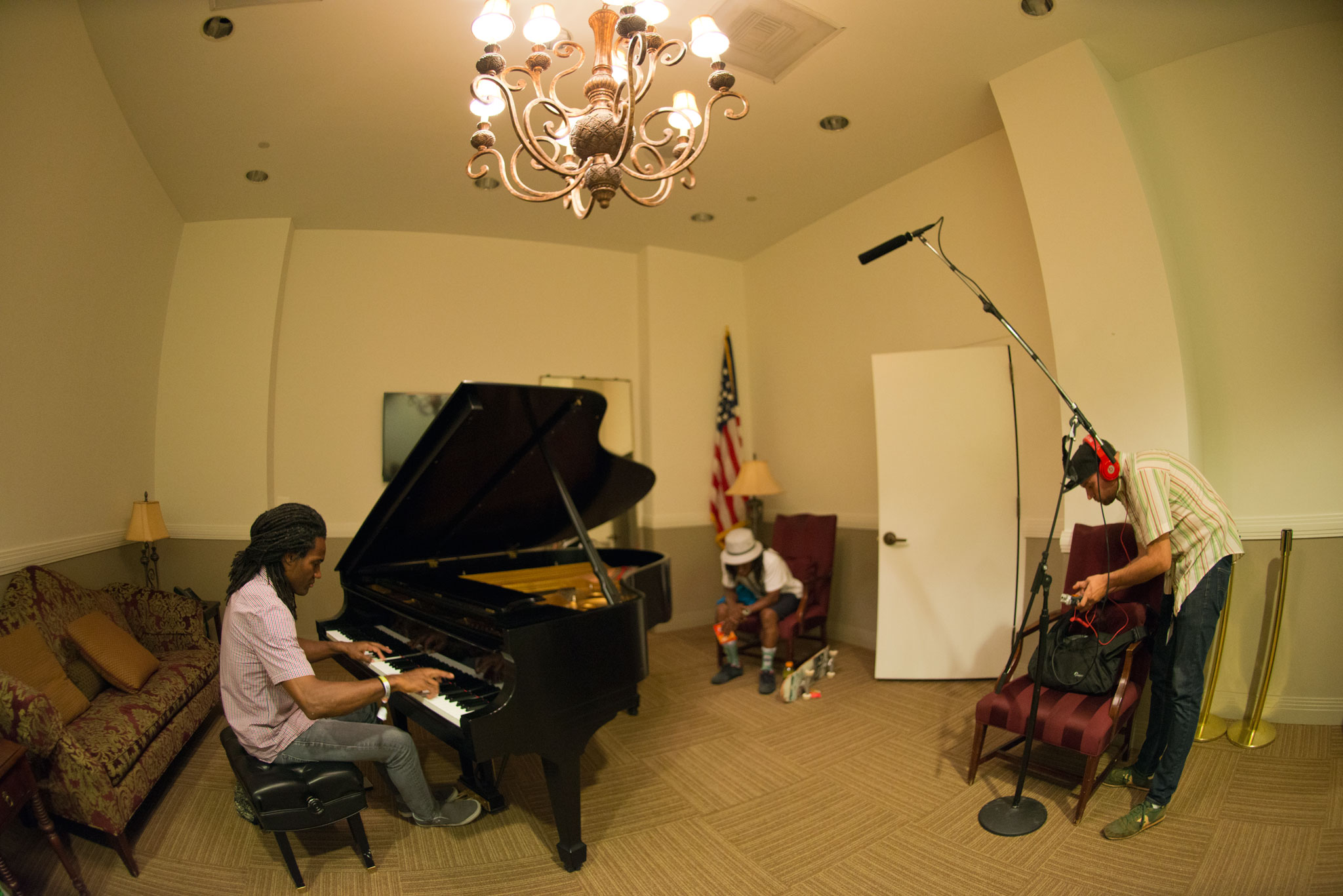 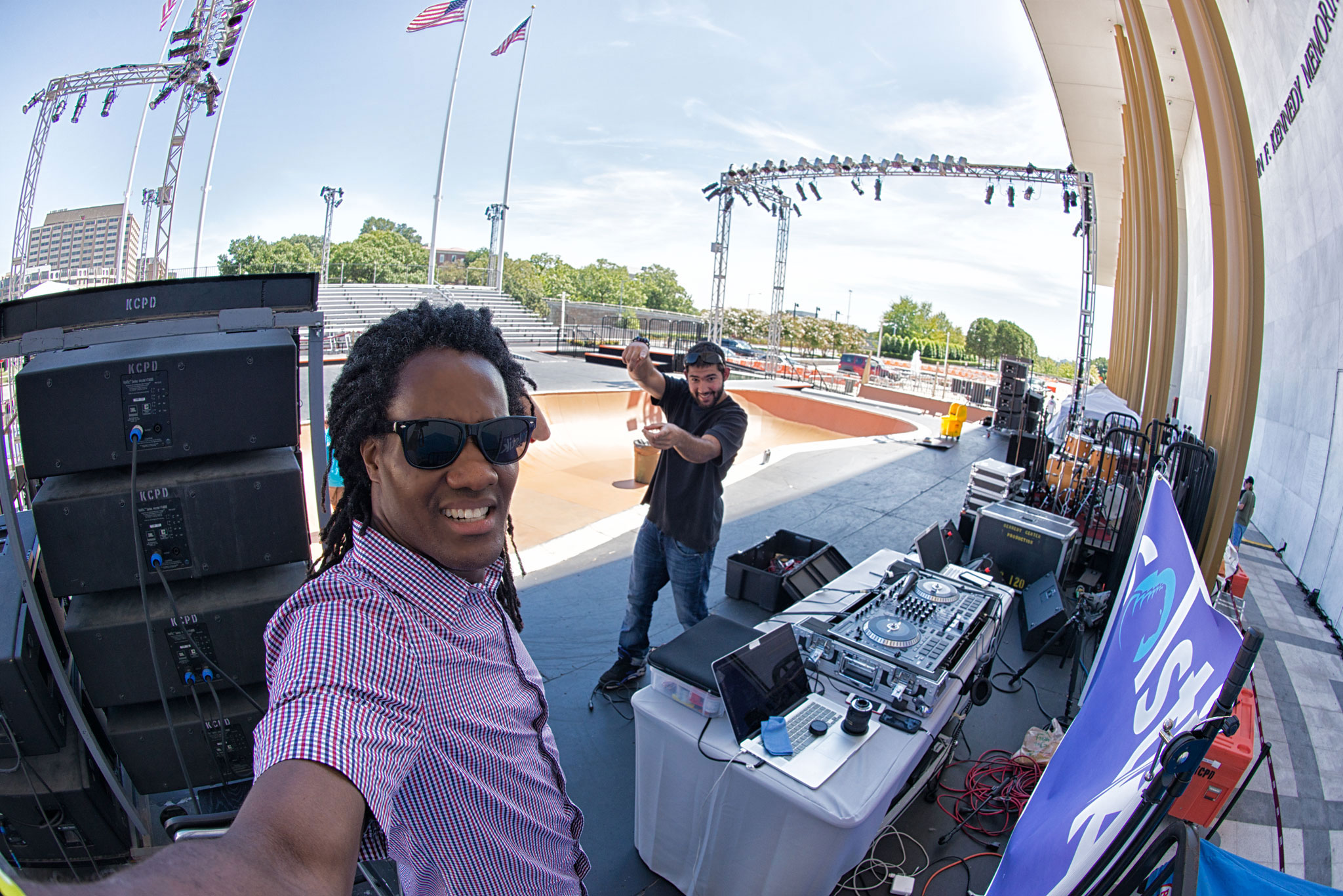 Check out more photos from the event, then roll over to our Music Page and YouTube account to check out our songs!!! We've got some next level remixes on the way!!!